Well, those who wish to take a break from their relationship can definitely gain from this favor.  It’s more heard than less believed that social networking sites feed the bugs of affair. Most often people are found to be having a side-affair through a social platform. Guess, people uses such platforms to not just socialize but mingle in a secretive way.  Word keeps on spreading about friends and friends of friends having a relationship online. It sounds dangerously fascinating but is unbelievably hazardous.

Of course, there are times when these virtual relationships have taken a real form, but the statistics says it mostly never lasts. Some are the lucky ones who find their long-term partner on these sites and finding those lucky ones is like finding a twig in the ocean. If you find one, you can let me know.

It is top-to-bottom clear that social sites are considered to be the safest way of carrying their little extravaganza. Rarely, a person is caught in his/her actions cheating on his/her spouse/partner. It is a mindset that proclaims these sites to be a safe zone since they are tucked away from the real world. These sites becomes its own world where you can be whoever you wish to or act however you like to and behave ethically or non-ethically. Well, you at least cannot behave inexcusably.

Try these gifts for your loved ones:

That person is not far from been revealed at some point in his journey of enjoying the extra-relational affair. Sometimes a small mistake shows your true self to your loved one. Probably, that day becomes the last day for you to call him/her your loved one. Like I said, not everyone can pull this without been caught. Doesn’t a thought cross your mind, like there are social media classes to learn how to operate a platform, there should be classes teaching how to achieve a secretive online affair. Online affair is such a unique kind of affair which can also be called as “detached attachment”. How can a stranger befriend another stranger and form a love triangle? Is it even possible to just start liking someone without even having a meet face-to-face? 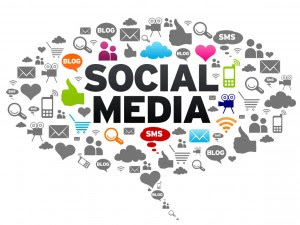 Sometimes it looks like it is only for the sake of some adventure or simply passing the time.

Don’t involve yourself into such an activity that brings happiness at the beginning and a disaster towards its end. You not only lose your online friend but your life-partner. Who is more important to you — an online never-met friend or the partner who stood under the tide with you. A simple game of lust can change your life forever but not for good.

Don’t mistake the actual purpose of a social site with the wrong usage of it these days. It’s because of the negative use of these platforms that a wrong impression is formed and a bad name is received.

But we have to understand social media has a good influence on people who knows how and where to use it. It is an impacting platform that has come to use for many people. But only for those who uses it sensibly and smartly.

Try these books on social media:

Read More: 10 Mistakes Women Make When Falling in a Relationship