This is just one other story about how our city is unsafe at night for ladies. It only replicates a drop of water in the wide blue ocean. The crimes are increasing day after day in spite of having police forces in action. Even police cannot do anything unless they are aware where the crime is taking place. By the time they are acknowledged the crime have taken place. Who suffers? Just the victim.

Everybody says a women should empower strength and learn self safety lessons but no one is ready to make the city safe. Now-a-days many women enrolls themselves for self defense classes. Well a working women has to otherwise she will end up compromising with her work in order to reach home before late hours.

No one alone can do anything about the increasing crime against women. Every individual has to come together to take an appropriate action but that is unlikely possible.

What can a women do in this situation?

Don’t stand back and see the injustice happening with you. Fight back and avoid been a victim. To do that, We women have to be strong and act wisely. We can’t get scared in a compromised situation and let the culprits take advantage of us. Just stay strong and save yourself.

One such short story portraying the courage of the woman in protecting herself alone without losing the battle under fear.

It was late at night and the clock was ticking 10.00 pm. Well not so late if it is Mumbai. The day was for the couples in love. You guessed it right. It was valentines day, 14th of Feb. Seema and her friends had gathered for a singles bash party at one of the friend’s place. Well it wasn’t that none of them had a boyfriend (A friend had a bf but he was out of town) but they planned to celebrate with each other. They were 5 of them among which 3 were friends and two were brothers of the two friends out of the 3. Seema left her friend’s place with her brother and another friend, Rachna. Seema said to her friend Yashvi, “Chal bye. Meet you tomorrow in college. Better be on time.” She gave her goodbyes to Yashvi’s brother too and left.

Seema and Rachna together took a rickshaw for their place. They stayed close by so Rachna was going to get a lift from Seema’s brother Raj from Seema’s locality. Raj travelled by his bike. When Seema and Rachna reached Seema’s colony entrance gate they got off the rick and waited for Raj.

“I know it’s because you hate waking up early, Kumkaran”, teased Rachna.

“Yeah. Why they keep lectures early. Don’t the teachers hate to wake up early?”, questioned Seema.

“Not every one is like you. They are morning risers and you are day-night sleeper”, Rachna teased again.

“You are right again. But Early to bed early to rise makes a woman wise”, quoted Seema.

“Lolzz. Go to sleep than as soon as you reach home.”, opinionated Rachna.

Raj reached and took Rachna to her place. Seema started walking inside her colony alone. It was quite dark since the street lights were not in functioning state. Her colony had buildings on both the sides and her building was the second to the last building. She had to walk 5-7 mins to reach her building. Most of the buildings in her colony had gone under reconstruction. In true words, it had been taken by a builder for redevelopment thus not many people stayed in the colony anymore. Half the colony residents were empty thus there was no one on the road at that hour. Seema had a bag on her shoulder that was given by Raj.

She had walked half way when she saw a shadow behind her under the out of the very few working street lights. She didn’t turn than thinking it might be some colony resident. But when the shadow reached nearer she turned backed to see the guy only few inches behind her. She got very scared. She turned back and started walking fast but the guy still followed her. In the shadow she saw the guy extending his hand to touch her shoulder. She turned around and took a step back.

“Kya chahiye tumhe?” (“What do you want?”), questioned Seema. The stranger smiled crookedly and extended his hand again to touch Seema. She took a step back and yelled,” Chilla ke sab ko bulaongi. Dur raho mujhse.” (“I will shout and call everyone . Stay away from me”)

The guy replied in his drunk state, “Koi nahi hai yaha. Koi sunega nahi.” (No one is here. No one can hear you”). He took two steps towards Seema and tried touching her again. She turned and tried to run but the guy held her shoulder. Before he could put a hand on her waist she removed a pen from the side of her shoulder bag and poked him hard in the same hand.

He took his injured hand back and cried in pain. She had poked enough for blood to flow. She pointed the pen in his face and She yelled, “Yaha pe bahot log hai. Main chillaungi to sab aa jayenge aur police bhi.” (There are people around. I will call and they will come, police will follow). She showed him her phone. She had already dialed the local police station (She had the number already saved in her phone). She said, “Police ne saari baat sunli hai. Vo aati hi hogi.” (Police have heard everything. They must on their way).

Hearing the word police gave him chills. He didn’t try to move but stood holding his injured hand. Seema noticed blood on the same hand. He was scared now. Pointing the pen at him she walked towards the main gate of the colony. She walked backwards till the time she was quite far away from him and to make sure he was not following her.

Once she was out of his reach, she turned and ran towards the gate. Once in a while she turned to make sure she was not followed. She had almost reached the gate when Raj entered on his bike. She explained him everything and drove with him to the location this happened. By the time they reached the drunken guy had left. They checked in all directions but could not see any sign of him. Raj insisted on calling the police but Seema was hesitant.

They passed a building and stopped to check again. They were close to their home. A known couple came out the building. On asking, Raj explained them everything. Even they suggested to leave the matter since the guy was gone. After the couple left in their car, Seema convinced Raj to drop it and go home. Just when she was about to sit on the bike she saw a guy standing on the 1st floor of the redeveloping building. She realized he was the same guy. She told Raj and he got off the bike to go hit him but she stopped him. She was scared about her brother. What if the guy had other people with him? He was a construction worker possibly so he will have his crew on the same site. Probably waiting for them to corner him. She stopped his brother from doing anything and they went home.

It is very disheartening to know that we are still scared to raise our voices. By not calling the police Seema showed that she didn’t wanted to get into any trouble but just forget about what happened. Victims forget about it but the culprits don’t.  They strike again. Letting the guy go gave him another chance to act the same because he knows not every one will register a complain. Seema should had called the police and also let the residents know about it. So that something like this can be stopped.

Seema showed bravery and didn’t lose her control. She fought back smartly. Keeping the local police number was the smartest move. Every woman should have their local area police number in handy for emergencies like this. She thought fast and removed the 1st thing she got from her bag and used it as a weapon. This could happen only because she was in her senses and didn’t let the fear control her mind.

*”Don’t let the fear decide your fate. You take the wheel in your hand and turn your ship in the direction you want.” 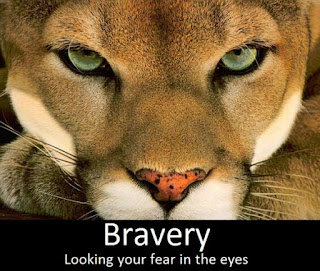